God Did It (CT Column)

What follows is my most recent Christianity Today column (from the November issue)–addressing the creation debate and some fundamental issues concerning the way we read Scripture..  It was a piece I resisted writing for a long time–I knew it would trouble several of my close friends and quite possibly my mom–but I eventually decided the stakes around these matters are too high to not try to at least have some dialogue about them.  The column generated “dialogue” indeed … from enthusiastic endorsement to heated denouncement.  I’d love to know what you think.

But I don’t know exactly how the world was created.
Carolyn Arends

Recently, my 14-year-old son announced he was leaning toward attending a Christian university, which sounded good to me. But I was troubled by his reason: “I don’t want to sit in some biology class in a secular school and be told I descended from apes.”

I was surprised. Although I was a keen young-earth creationist as a teenager, my understanding has evolved (pun unavoidable) to the point where the notion of gradual creation over eons isn’t a threat to my faith. “Have you considered the possibility that God may have used evolutionary processes in his creation of the world?” I asked.

“Me too,” I assured him. “But I think it’s possible that Genesis 1 and 2 are more about the who of creation than the how.”

Later that night, I read him something Billy Graham wrote in 1964:

I don’t think that there’s any conflict at all between science today and the Scriptures. I think … we’ve tried to make the Scriptures say things they weren’t meant to say …. The Bible is not a book of science. The Bible is a book of Redemption, and of course I accept the Creation story …. I believe that God created man, and whether it came by an evolutionary process … makes no difference as to what man is and man’s relationship to God.

“Maybe you’re not a total heretic,” said my son.

After we both exhaled some relieved laughter, I whispered, “I believe God created the world and holds it together. Just how he did that is up for debate, but whatever conclusions you come to about the earth’s origins, God did it. Okay?”

I’ve since been able to explain that it wasn’t science that changed my position on creation. I know there’s consensus in the scientific community regarding the age of the earth and the importance of genetic variation, but I also know there are many areas of contention. Besides, if I believed that the Bible truly asked me to reject the scientific consensus, it would be the end of the debate.

But it’s actually been biblical scholarship that has convinced me that Genesis does not prescribe any particular scientific view. A significant number of Hebrew scholars who affirm the authority of Scripture argue that the biblical creation accounts simply are not concerned with the science of creation at all, having been written long before the dawn of enlightenment empiricism.

These scholars affirm two important principles. First, although the Bible is written for us (and for all people in all times), it was not written to us. Thus, we must understand what any particular passage meant to its original audience before we can know what it means for us. Second, the Bible is not a book; it’s a library containing books of many different dates and genres. That’s why it’s not inconsistent to read Genesis 1 and 2 as an (inspired) ancient Near Eastern cosmology that poetically declares Yahweh to be the Creator, while reading the Gospels as (inspired) first-century, biographical-historical eyewitness accounts of events.

In 2009, Answers in Genesis published Already Gone, in which they link a reported exodus of young people from the church to a variety of factors, including and especially doubts those kids have about the literal accuracy of Genesis. They conclude that it’s critical to affirm the “authority of Scripture” by teaching children that six-day creationism is the only faithful understanding.

Of course, there’s a different way to interpret that data. If we’ve misread Genesis when we’ve taken it as a scientific account, and if it turns out God has used millions of years and evolutionary processes to make this world, then we’ve asked our children to believe something untrue as part of accepting the gospel. Couldn’t that lead them to leave the church, when the cognitive dissonance between the empirical data and what we’re asking them to believe becomes too great?

Granted, allowing the possibility of evolutionary creation is fraught with difficulty. It requires a hermeneutic more nuanced than reading every genre of the Bible as a postenlightenment textbook. It demands a careful delineation between the theory of evolution (which describes a process) and a philosophy of naturalism (which assumes that the process is all there is). And it brings up all sorts of new issues of theodicy.

But there’s no point in hiding these difficulties from our children. The world—and our understanding of God’s ways within it—has always been full of mystery and challenge. Our task is to raise up believers willing to affirm the authority of the Bible in all its fascinating and culturally situated complexity. We need kids who are unafraid to ask the sorts of tough and exciting theological, philosophical, and scientific questions you can only ask when you know that, however this world came to be, God did it. 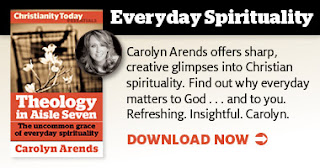